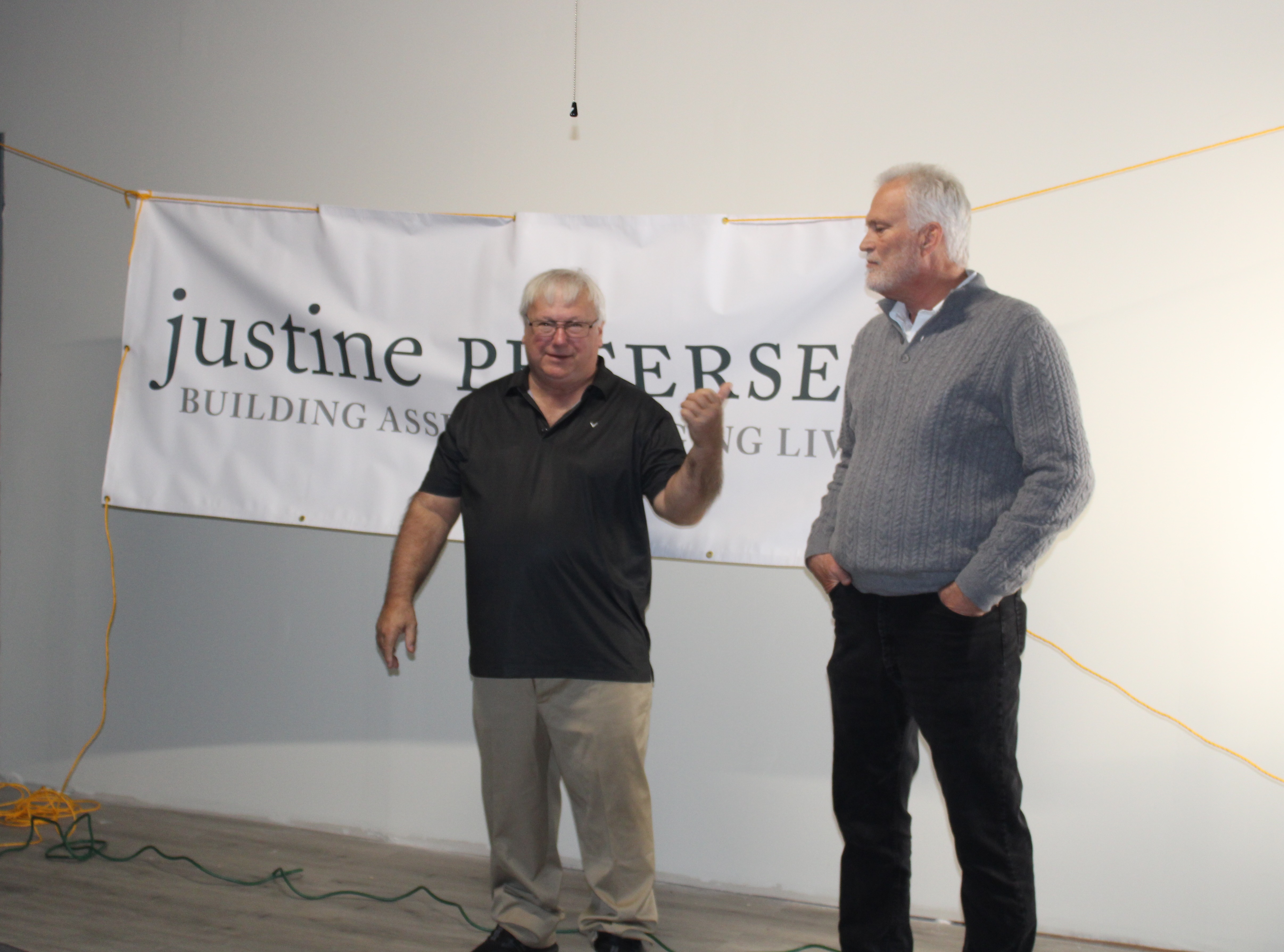 Justine PETERSEN mourns the loss of Judge Richard Torack, who passed away earlier this week. Richard was a founding Board Member of Justine PETERSEN and long-time Chair of our Great Rivers Community Capital Board. As a result, JP was the beneficiary of his many talents, including prudent counsel and thoughtful influential direction towards our organization’s spirit and culture.

Judge Torack received his law degree from Washington University in St. Louis and went on to practice for 35+ years, which also included service as a provisional judge in the City of St. Louis and most recently serving as the Court Administrator for the City of St. Louis. When away from civic and Board duties, Richard could be found floating and fishing Missouri’s beautiful rivers (he recently concluded his 41st consecutive Fall float trip), and restoring his 19th century home, which he regarded as his lifetime passion. As a 38 year resident of the Franz Park neighborhood in the City of St. Louis, Richard was well known in the community for his authenticity, progressive intellect, and uncanny humor. In last week’s UP Date we recognized JP’s inaugural Hall of Fame class, of which Richard was a part of. We are grateful that we were able to celebrate that distinction with him in person on December 8th (pictured above with fellow friend and founding Board Member, Mark Schulte). Richard is survived by his children, Rachel and Sean; two grandchildren, Kylee and Kaden; his three brothers, James, Thomas (Kaye), and William (Christi); and eight nieces and nephews. JP is most humbled that his family asks in lieu of flowers, for donations to be made to Justine PETERSEN. Those donations can be made here and we look forward to establishing a fund in Richard’s honor to further his civic and community-minded legacy.

Thank you to the Torack family also for sharing Richard’s limited time and many gifts with us over the years.

New Year resolutions are notoriously easy to make, but difficult to maintain. Justine PETERSEN and Prosperity Connection want to make sure that whatever your financial goals are for 2023, we’re keeping you on track all year through. JP Asset Building Manager, Tatiana Gillum, serves on the committee for Prosperity Connection’s St. Louis Builds Credit and is looking forward to creating more pathways for people to achieve financial freedom. “I’m proud of our partnership with Prosperity Connection and grateful for their focus on providing free education in financial literacy to the community. In doing so we look forward to seeing individuals and families creating actionable steps towards their goals of buying a home, starting a business, or simply saving for their future and JP can help them do this with the loan products we offer.” Checkout the schedule of Prosperity Connection’s January classes below, or reach out to Tatiana at tgillum@justinepetersen.org to learn more. 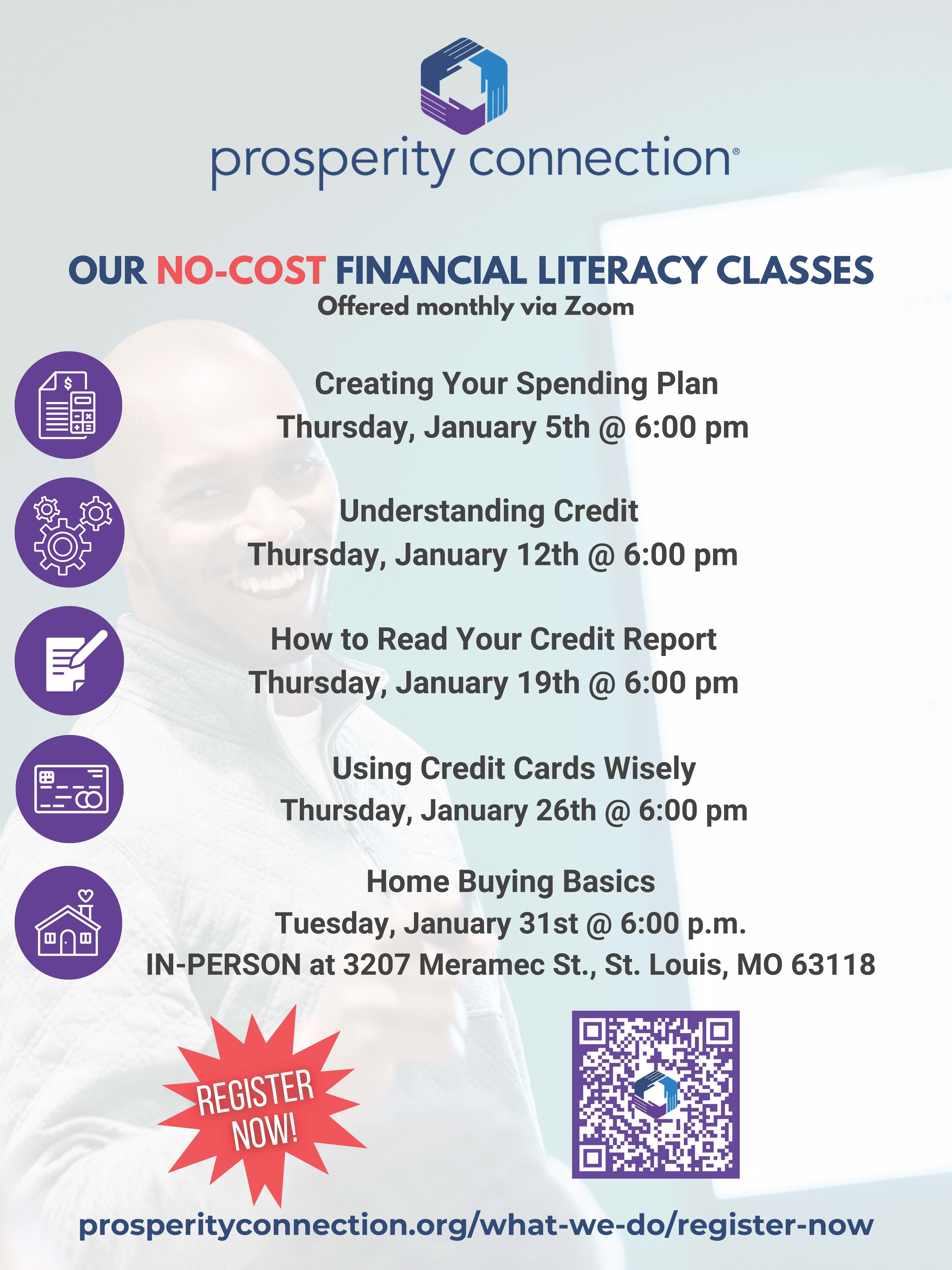 Last weekend didn’t just usher in a New Year, but also birthday celebrations for two of Justine PETERSEN’s most legendary colleagues, Finance Manager Ankica Vukomanovic and Senior Portfolio Associate Solomon Chandler. Join us in raising a toast to to them both for another year wiser!