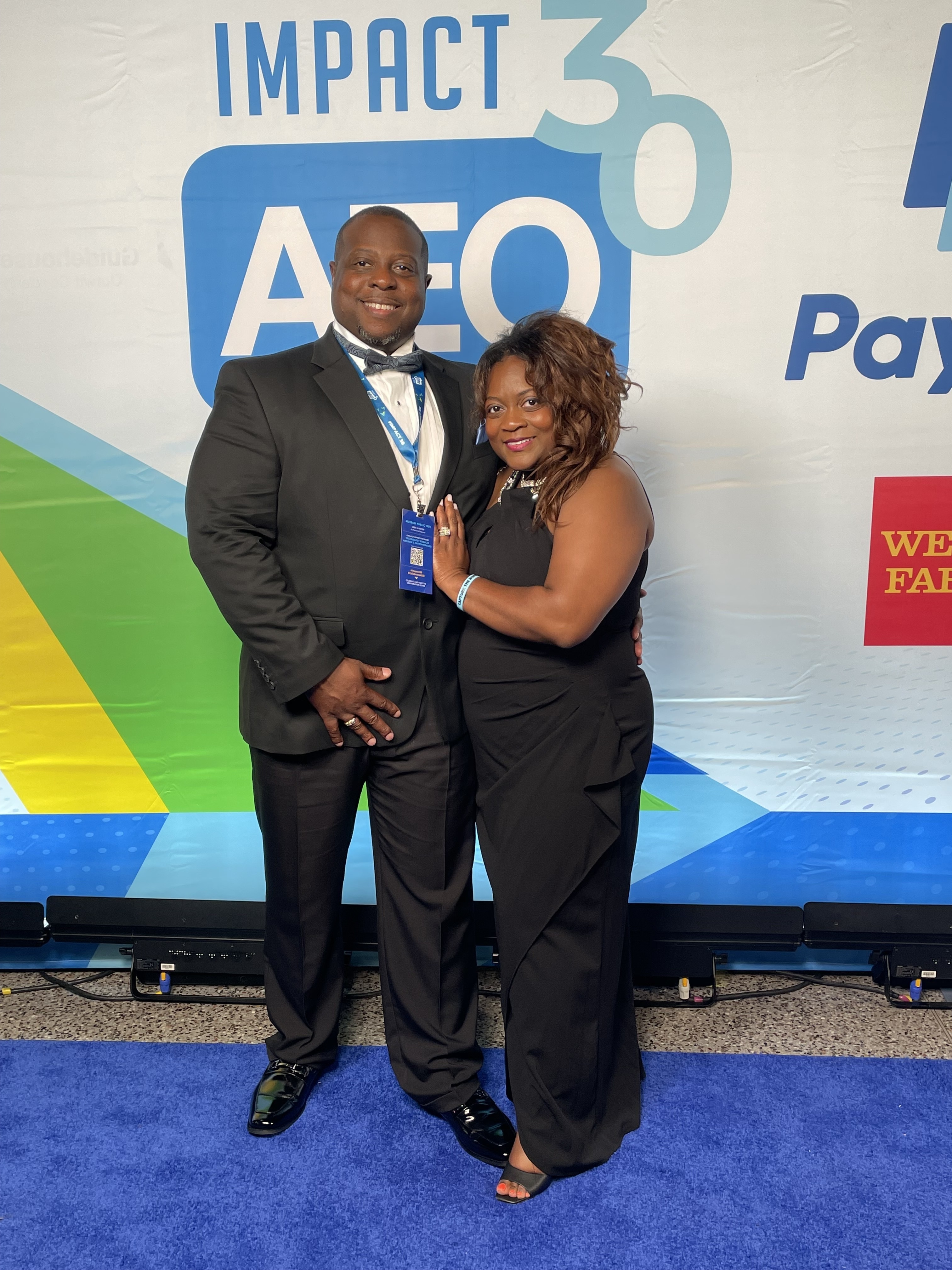 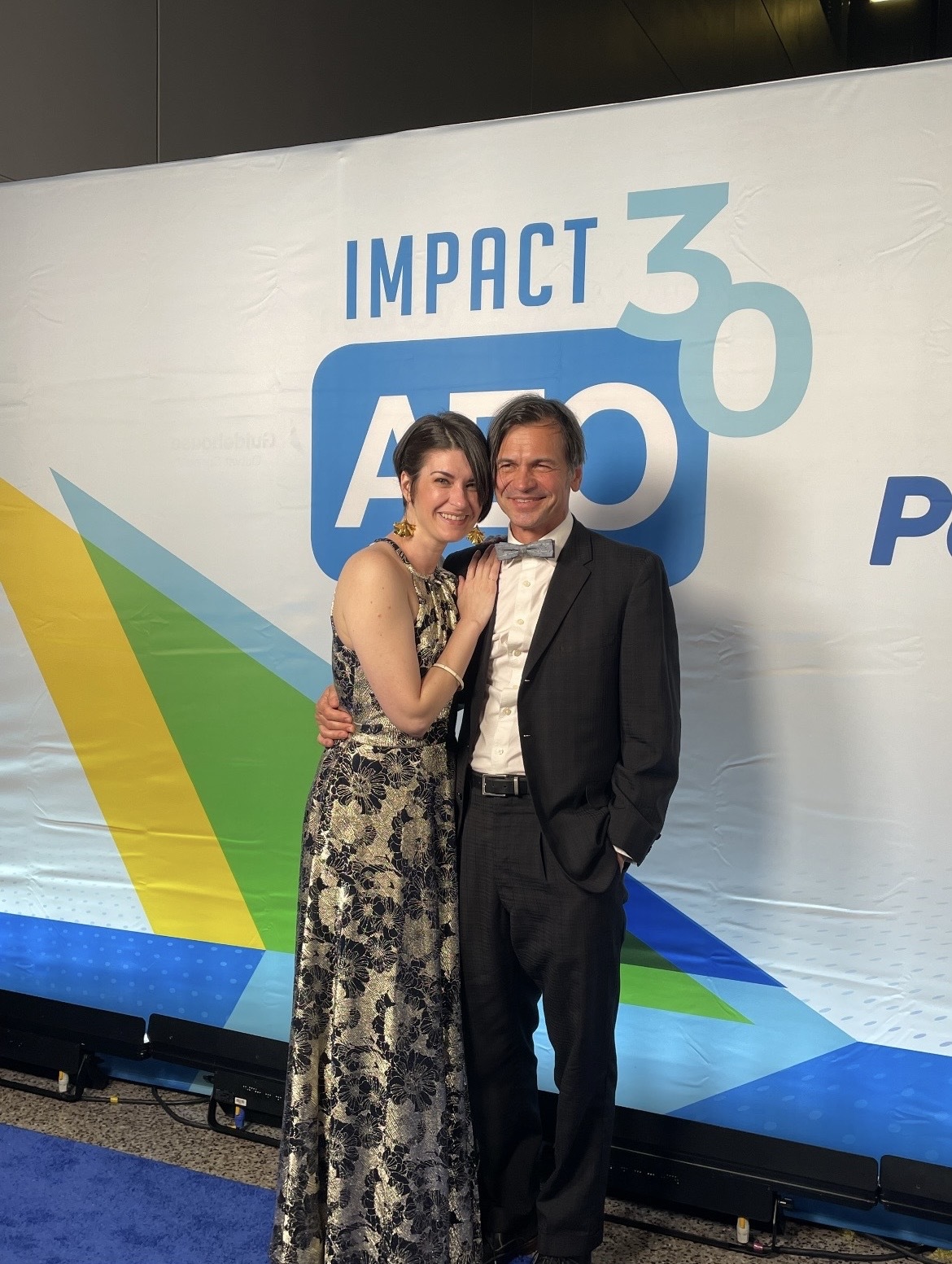 Justine PETERSEN has been a long standing member of the Association for Enterprise Opportunity (AEO).  Under the leadership of Connie Evans, AEO has grown to be a leader in advancing the interests of microbusinesses nationwide and has specifically cultivated and propelled businesses of color so that their voices may be heard, understood and valued.

Pictured are JP staffer Marcus Bolden with his wife Phebe and JP staffer Galen Gondolfi with his friend Alexis.

Get Pre-Qualified for a Mortgage at “Pre-Qualification Days” 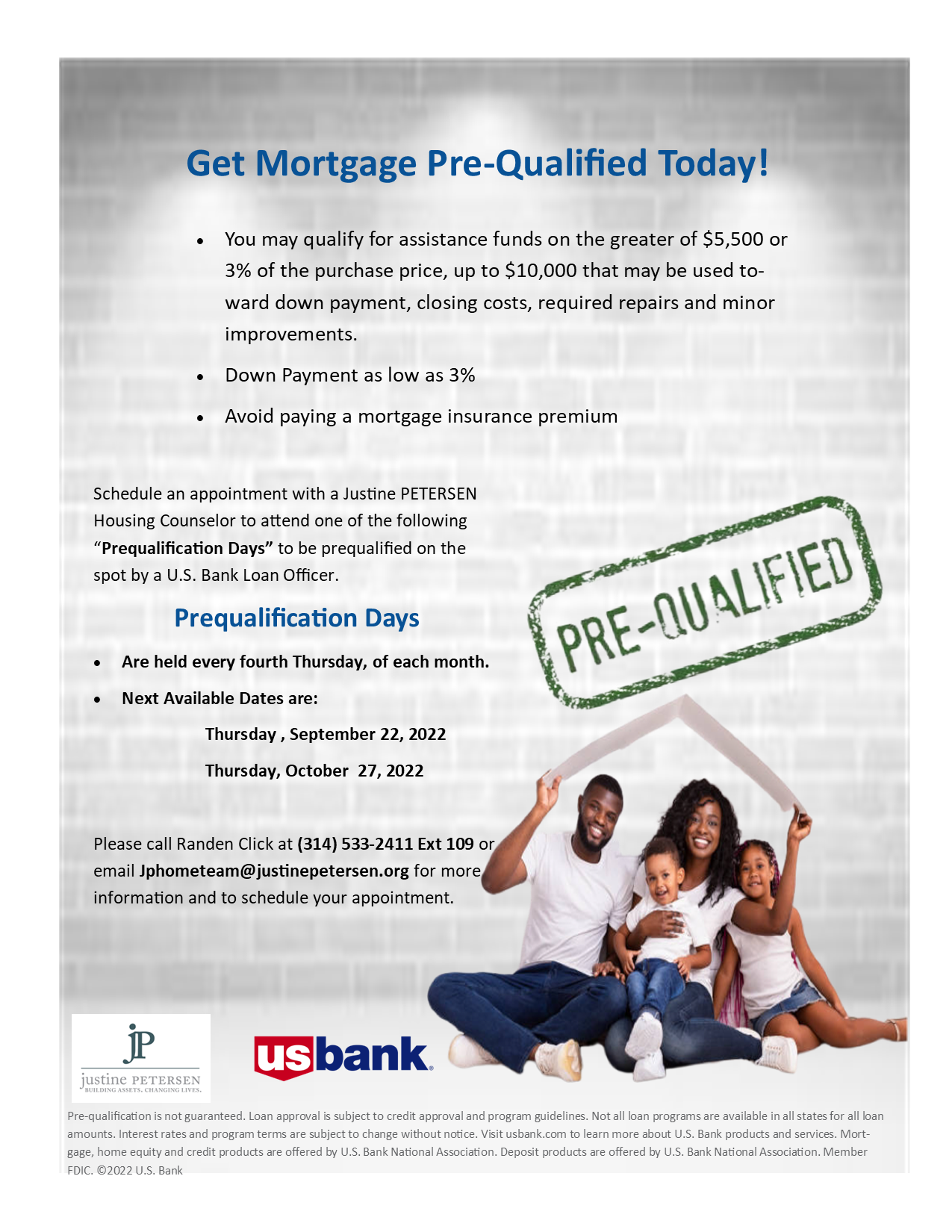 Take one step closer to becoming a homeowner by getting pre-qualified for a first-time home mortgage product. Justine PETERSEN is hosing “Pre-qualification Days” on Thursday, September 22 and Thursday, October 27.  You may qualify for down payment or closing costs assistance or even financial help with required repairs and minor improvements.  The down payment may be as low as 3%, and mortgage insurance is paid by the lender. Contact JP’s Housing Manager Randen Click at 314.533.2411 x109 or email jphometeam@justinepetersen.org to schedule your appointment. 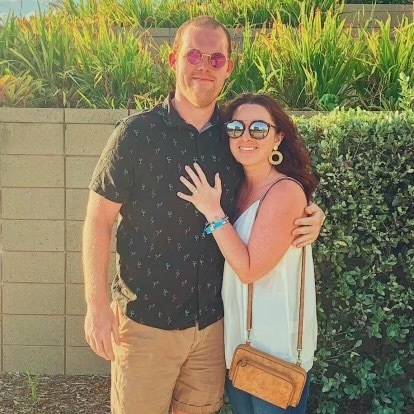 JP Springfield, Il Superstar Staffer Tristan Brown is tying the knot tomorrow with his longtime partner in crime Sydney!  The high school sweethearts from Charleston, Illinois are exchanging vows tomorrow and then off to Mexico for their honeymoon. Our most sincere CONGRATS to Tristan and Sydney! 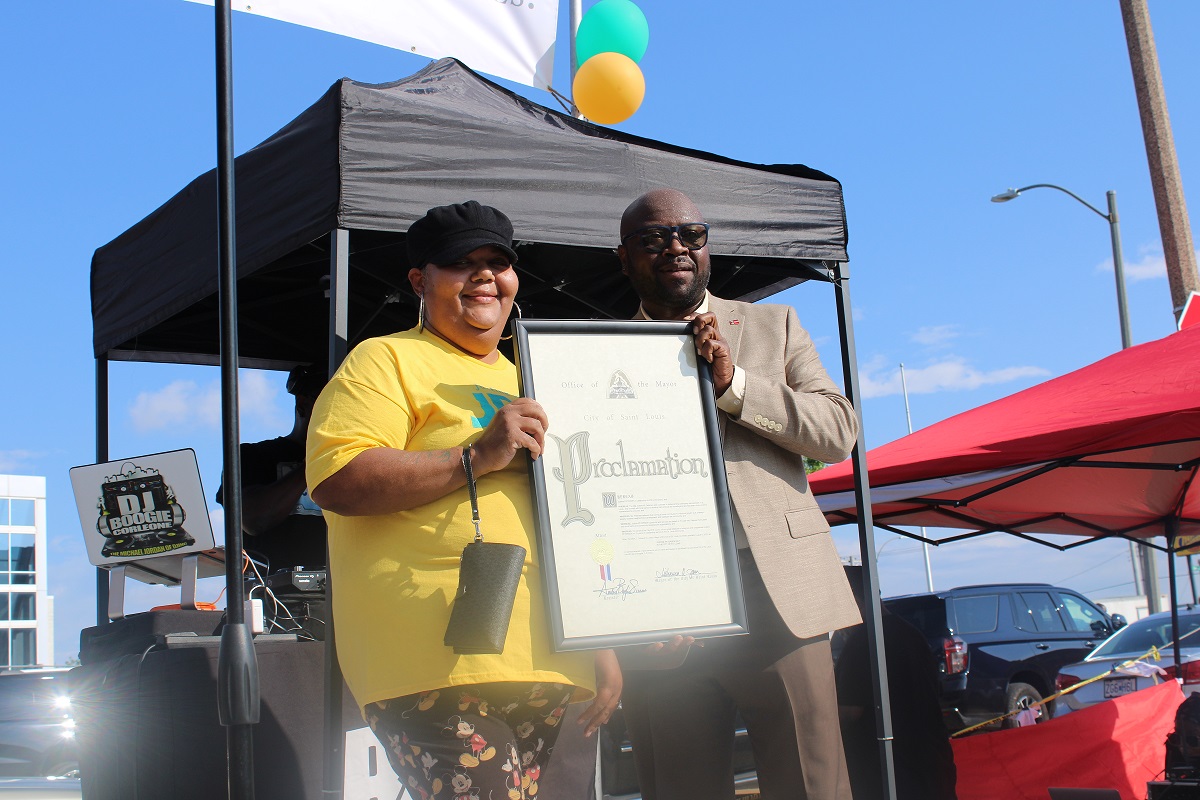 JP staffer EXTRAORDINAIRE Fredrica “Cookie” Graham is celebrating her 23 years of service with our organization!

That equates to this:  JP = Fredrica Graham!

Fredrica accepted the Mayoral Proclamation at our block party from the Office of Mayor Tishaura O. Jones proclaiming August 4, 2022 as “Justine PETERSEN Day in the City of St. Louis,” and she literally accepted it from childhood friend Kevin Bailey, Special Assistant to the Mayor, Office of the Mayor.  Fredrica and Kevin grew up at “Greer and Grand,” and later in life, Fredrica’s son Malik (now deceased) played with Kevin’s son as part of the Future Football Team. 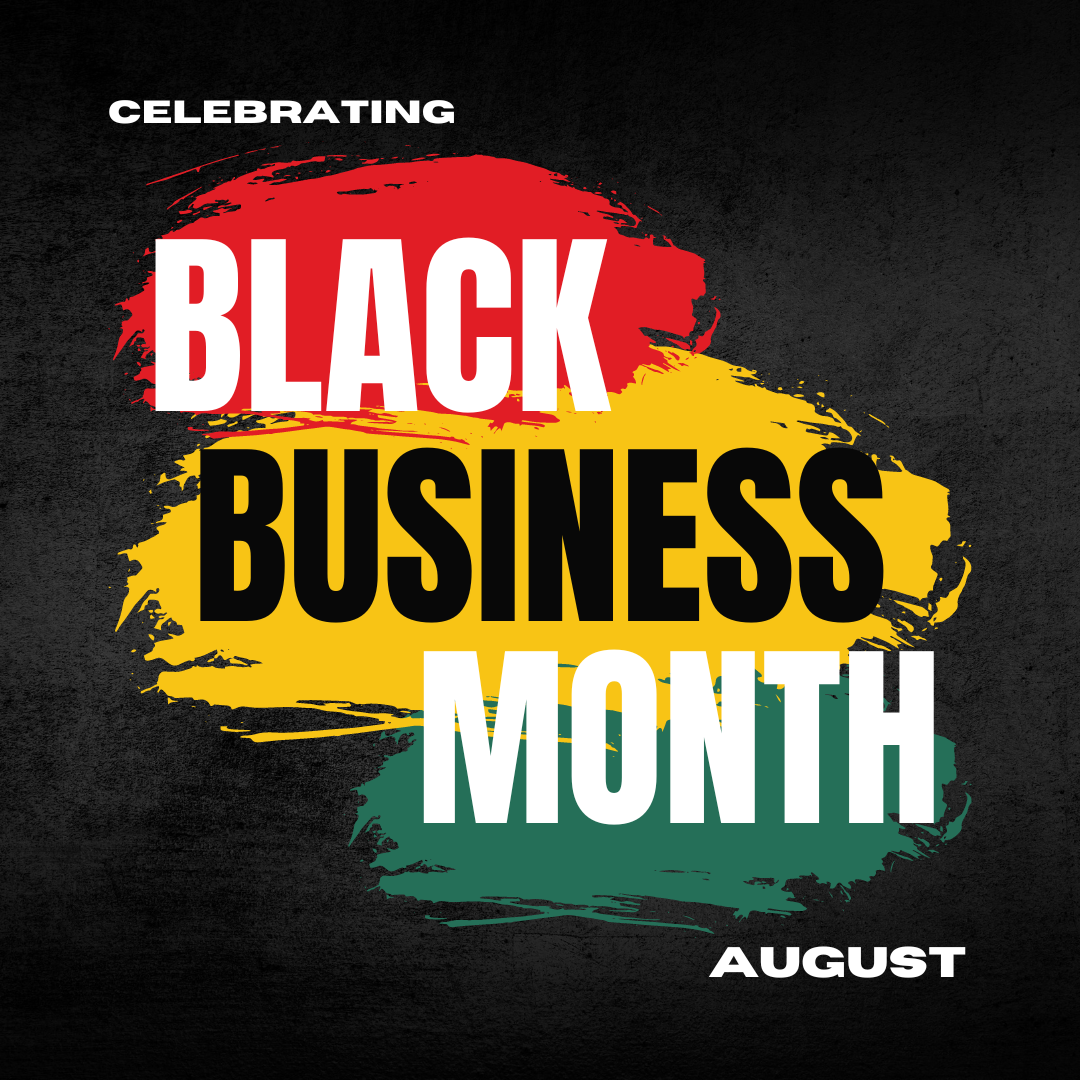