Justine PETERSEN/Great Rivers Community Capital (GRCC) is proud to announce the receipt of over $1.1 M from the U.S. Department of Treasury’s Community Development Financial Institutions Fund (CDFI Fund). The Fund made awards nationwide to 397 CDFIs, totaling $204.1 million. The awards will enable CDFIs to increase lending and investment activity in low-income and economically distressed communities across the nation.

Justine PETERSEN/GRCC will deploy the funds to small businesses in need of access to safe and affordable capital throughout JP’s service footprint with an emphasis on Black-owned and low-to-moderate (LMI) owned businesses. More specifically, $240k will be deployed in persistent poverty areas. Additionally, $270k of the funds will be targeted to assist individuals with development disabilities who seek to start or expand a business.

Save2Build Credit Builder Loan Success Story!
Motivated credit building client came to JP in April of 2018 looking for some help to build her credit and clean up some negative tradelines on her credit report. She had a thin credit file, with no credit score. She had about $2,800 worth of negative debt on her credit report when she met with a JP credit building counselor, who explained the importance of having tradelines to establish credit.

The counselor recommended a Save2Build Loan. After paying on the Save2Build loan for 3 months, the client received a $3,000 consumer loan to cleanup her credit, paying off all outstanding collection debt. After 12 months of paying the Save2Build loan on time, she had a FICO 4 credit score of 721!

Now isn’t that a happy ending? Actually, it’s only the beginning.  CONGRATS TO OUR COMMITED AND SUCCESSFUL SAVE2BUILD CLIENT ON COMMENCING ON HER PATH TO FINANCIAL ASSET-BUILDING!

Recent Justine PETERSEN “sizzle reel” is Worthy of Several Oscar Nominations!
Our in-house production team is unparalleled!  Led by media wunderkind Maria Gomez, the  team compromises the dynamic duo of Madelyn Murphy and Ted Floros and yields quality product time and time again.  The team recently produced a short video for a national grant submission.  We believe they are in the running for “Best Reuse of Pre-existing B-roll Footage” and “Best Overall Production During a Pandemic.”

But, the star of the show is JP’s All-Star-Everything to Everybody Shawna Collier.  Earning nominations for “Best CDFI Video Narration” and “Best Oratory Narrative Delivery,” Shawna “killed it,” “knocked it out of the park,” and please insert at your liberty another adage.

Pandemic Pet Pic (the “other” PPP) 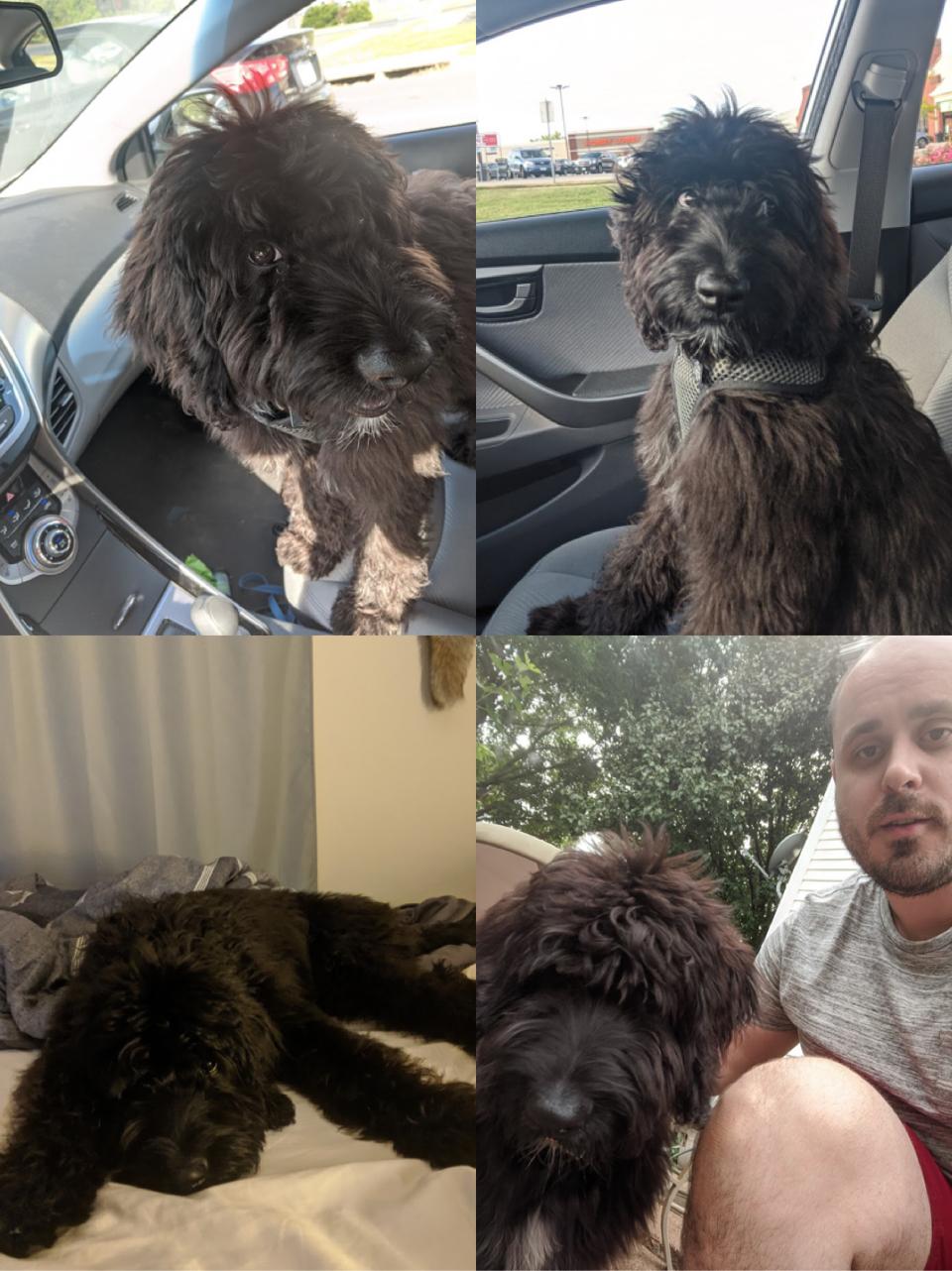 Ok, this pooch pretty much is the best of both worlds:  Burnese Mountain dog meets Poodle!  JP staffer Ben knows he has it all with his co-pilot Samwise. Multi-talented, Samwise is most proficient as vehicle passenger, pro-sleeper and soulmate.